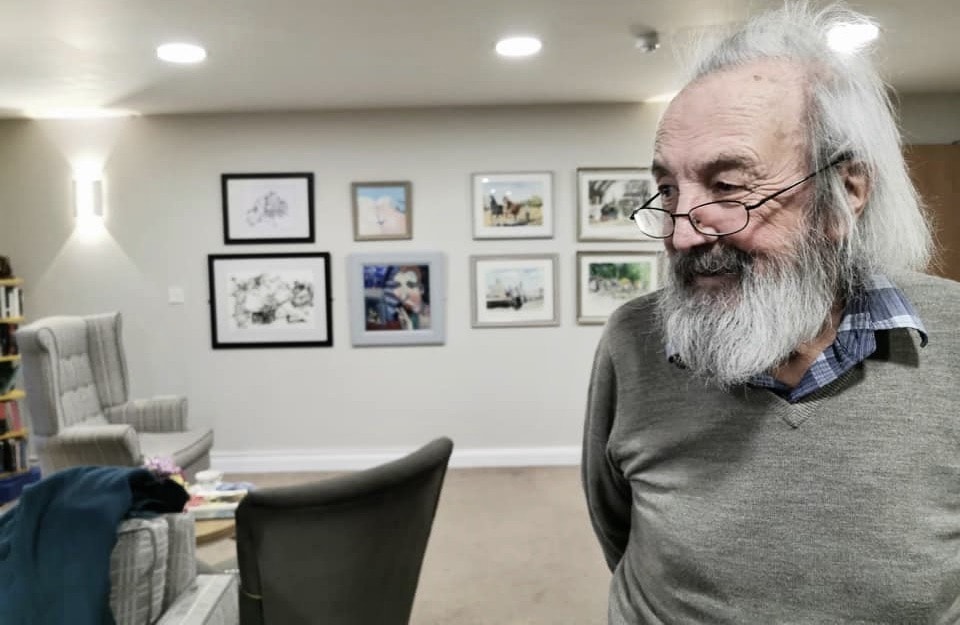 James Walsh, known to his friends as Jim, has had a precocious talent and enthusiasm for art from a young age.  Jim was born in 1936, not long before his family moved to the Victorian seaside town of Southport where he was raised.

His talent did not go unnoticed and with support from his parents and teachers, Jim became a student at the Southport School of Arts and Crafts by 14 and had been accepted to the Royal Academy of Arts in London by 18.

Following two years of national service in the RAF, Jim began at The Royal Academy of Arts, however his studies concluded prematurely due to the difficult birth of his first son.

After moving back to Southport, James became a local government employee in Sefton’s Department of Tourism and Attractions, where he worked until his retirement as Chief Inspector in 1996. Throughout this time, he continued to practice art, away from commercial pressures, which allowed him to adapt and experiment with different techniques and styles.

Over the years Jim’s inspirations changed, which in turn influenced his artwork; from being heavily immersed in the art-school scene, to delving into surrealism, self-portraits and illustrations. Jim noted that although he likes to paint landscapes, people are the main inspiration behind his work, having always found the human form an interesting subject. Although James’s styles were always refined, his work really began to mature in the late 1980s, having developed his distinctive pen and ink style.

Throughout his artistic career, Jim has been and still is, highly engaged with the local and regional art scene. He was an active member of the Council of the Southport Palette Club, having served as both Treasurer and Chairman of the Friends of the Atkinson Art Gallery in Southport – a gallery that has some of Jim’s work in their permanent collection.

As a member of the Sefton Guild of Artists, Jim’s work was exhibited from across the North West of England to Mons in Belgium. Through this group, Jim’s work caught the eye of Peter Stott and the Red Barn in the Lake District, which resulted in his work being the subject of the gallery’s first solo exhibition. Further collaborations ensued and from 2014-2016 Jim painted the private chapel in which Peter Stott and his wife Jo got married.

Since late 2019, Jim has resided at Parklands Lodge in Southport, where he is reigniting his passion for practicing, creating & developing his art. Jim has provided his expert support and assistance with the lodge’s latest initiative, the Art Hub.

The Art Hub, which takes place in all Athena Healthcare Group care homes, is an initiative with two main goals; it aims to encourage residents to pick up a brush and have a go, no matter if they’re a beginner or a regular Picasso whilst also supporting and showcase the work of local artists.

At the launch of the Art Hub at both Parklands Lodge and Abbey Wood Lodge, we were lucking enough to have some of Jim’s work on display!

Jim hopes that the Art Hub will “change [residents] perceptions, open up new ideas and will hopefully help their appreciation of art”. He went on to state “it’s a very exciting time to be an artist, there are lots of variations that are now accepted as art and more openings to work in the field, young and old alike”.

If you would like to learn more about our latest initiative and the benefits of art, follow the link below:

Hats Off to Felicity!

One of our amazing ladies, Felicity, has recently been in the limelight for her entrepreneurial work as a milliner. 👒 It all started in Churchtown, Merseyside, in the year 1988, where she set off on her endeavours to launch her very own innovative business, Felicity Hat Hire, and it wasn’t too long before it became clear 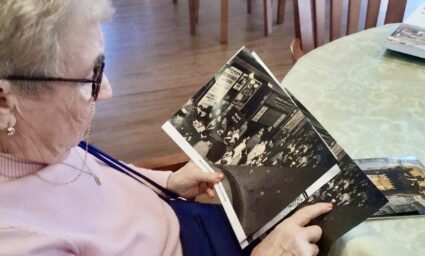 Making Memories – The Power of Reminiscence in Care Homes

Reminiscence therapy can take many forms, but the objective remains the same – to help participants recollect events, people and places from their past through stimulating and triggering the senses; sight, touch, taste, smell & sound. 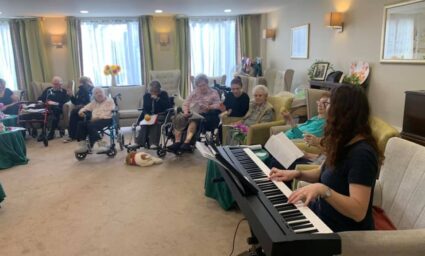 Music is a powerful tool and alternative therapy that has the ability to evoke memories, create emotional connections and access numerous parts of the brain at once. The Athena Healthcare Group supports and utilises music therapy in each of our homes to help benefit each resident, especially those living with dementia.

We use cookies on our website to give you the most relevant experience by remembering your preferences and repeat visits. By clicking “Accept All”, you consent to the use of ALL the cookies. However, you may visit "Cookie Settings" to provide a controlled consent.
Cookie SettingsAccept All
Manage consent

This website uses cookies to improve your experience while you navigate through the website. Out of these, the cookies that are categorized as necessary are stored on your browser as they are essential for the working of basic functionalities of the website. We also use third-party cookies that help us analyze and understand how you use this website. These cookies will be stored in your browser only with your consent. You also have the option to opt-out of these cookies. But opting out of some of these cookies may affect your browsing experience.
Necessary Always Enabled

Any cookies that may not be particularly necessary for the website to function and is used specifically to collect user personal data via analytics, ads, other embedded contents are termed as non-necessary cookies. It is mandatory to procure user consent prior to running these cookies on your website.